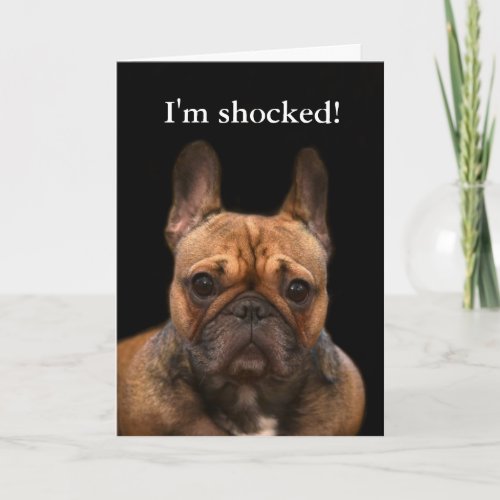 This fawn-colored French Bulldog with a black nose wears a shocked expression. She’s expressing amazement when a friend refuses to look any older.

You can personalize these cards with any name or text. Click on the link to read the text inside, which you can also change or delete. Available in three sizes: 5 x 7 inches, 4 x 5.6 inches and 8.5 x 11 inches, and two paper types: matte and semi-gloss. 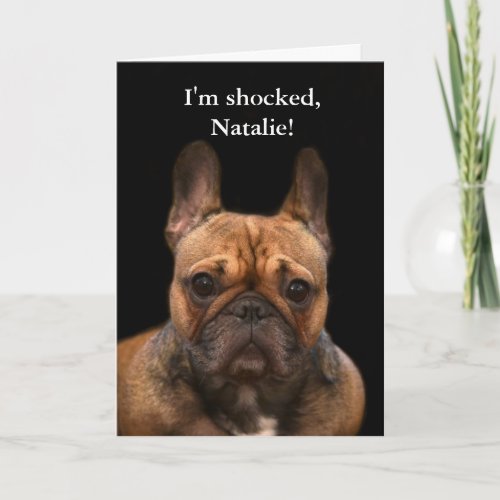 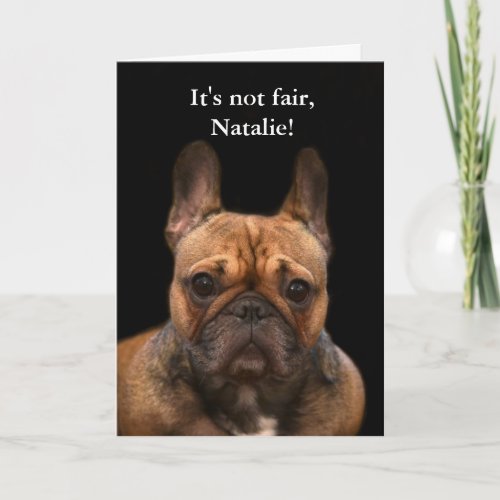 The French Bulldog originated in 19th Century Nottingham, England, where lace makers decided to breed a smaller, miniature, lap version of the English Bulldog that was referred to as a “toy” bulldog. In the 1860s, when the Industrial Revolution drove the craftsmen to France, they took their dogs with them. The toy bulldogs became popular in France and were given the name the “French Bulldog.” The breed eventually made its way back to England for dog shows. The British weren’t happy with the name “French” given to a dog that was originally from England, however the name “French Bulldog” stuck.

French bulldogs are sturdy, compact, stocky little dog, with a large square head that has a rounded forehead and a flat face. They have round, prominent dark eyes that are set wide apart. Their bat-shaped ears stand erect.