This photograph is available on several products on Zazzle, including posters, postcards and greeting cards.

The Liberty Memorial is a memorial in Kansas City, Missouri, to the soldiers who died in World War I. Groundbreaking began on November 1, 1921, and the memorial was completed and dedicated on November 11, 1926. The Liberty Memorial, which is in Penn Valley Park, houses the official World War I museum of the United States, which opened to the public in December 2006. The building is designed in Beaux Arts Classicism and Egyptian Revival style of architecture with a limestone exterior. The Liberty Memorial is a National Historic Landmark and on the National Register of Historic Places.

In the distance is the BMA (Business Men’s Assurance) Tower, also known as One Park Place, was built as a 19-story Modern style office building. Located on a prominent height 3 miles (4.8 km) south of downtown Kansas City, the 280 feet (85 m) building is very visible in its location at the southern edge of Penn Valley Park. 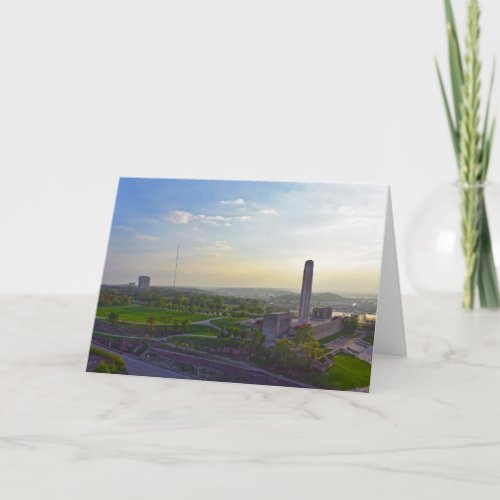 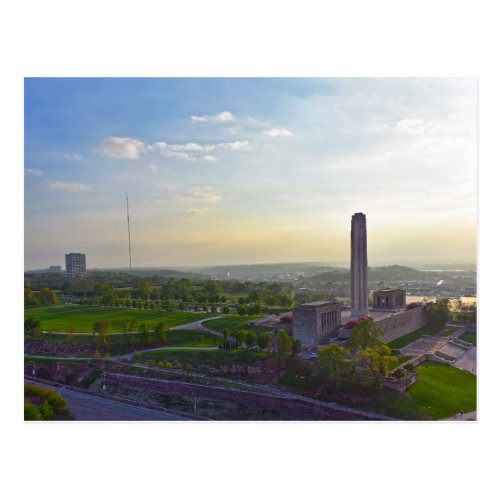